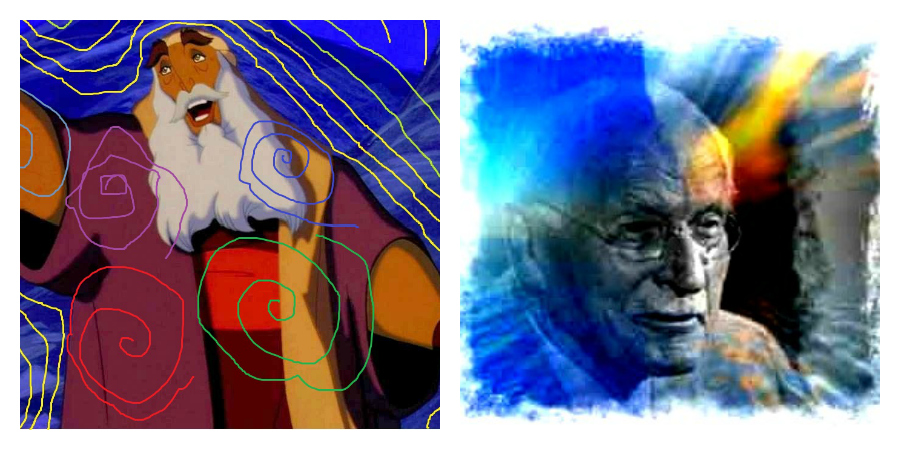 Judaism is my spiritual path and every week I am called to practice reading stories.  Stories from the Five Books of Moses, the  Torah. The deeper teachings of Judaism instruct that these are not just stories but a spiritual map.  After many years of reading them,  at a certain point these stories took on a life of their own in my inner life, the characters becoming archetypes in my psychodynamic process. The story of the Garden of Eden, Adam and Eve and the snake. Yoseph the dreamer. Moses the liberator from darkness and slavery. The journey through the desert. All these became a symbolic language to describe my own life process, to give voice to the deeper currents of my soul which before had no outlet. In the past few years a new character has arisen out of the pages and in my psyche and that is Yitro, the universal priest, whose name encapsulates this weeks Torah portion.

The rabbis teach that Yitro, the father of Moshe’s wife Tzipporah, was a priest of Midian and a teacher to Moses. We see that Moshe receives instructions from Yitro on how to delegate responsibility in administering justice among the children of Israel. Yitro was also considered a master of avodah zara (idol worship) and was adept in the spiritual paths of the nations. He was able to tune in to states of consciousness in which his mind was able to commune with aspects of creation.  The problem is when these aspects are deified and people begin to worship them. Avodah Zara can be defined as worshiping that which is not  True. Whether that idol be money, power, ideologies, beauty, or forces of nature. Taking any particular of creation and worshiping it is idolatry.  I say True with a capital T because relative truth, is the world of creation. What may be true for me may not be true for someone else. Truth with a capital T  does not change in the eye of that beholder, it is not subjective, it is absolute, it is True all the time. It doesn’t go away. If the Truth is in the forest and there is no one there to hear it, it is still True.  God is that which is True, that which was is and will be.

When Moses stood at the burning bush, he experienced the revelation of Truth as the name ‘I will be, what I will be’, that Truth, is infinitely transcending and including all of creation.  Understanding that God transcends creation, standing at the point of the world of form unfolding something out of nothing, is what allowed Moses to be an agent of disruption that overturned Pharoah’s system. Pharoah, was the power of man incarnate, he was in control of all aspects of creation.  Moses’s power was not rooted in man, it was sourced in the Divine.

In my inner landscape, when Yitro hears what happens in Egypt, and he meets Moses  the Children of Israel miraculously cross the Red Sea,  he tunes into the consciousness, the Truth, that was revealed to the world through Moshe, that is when he says “ Blessed is Hashem, Who rescued you from the hand of Egypt. Now I know that Hashem is greater than all the gods…”.   Yitro awoke to revelation that God is One. That any path which worships creation in its particularity is false.  There is debate among the Rabbis about whether or not Yitro converted to the faith of Israel but in my innerscape he did not, he left (this is in the text, he did actually leave), and became a universal priest. Holding the consciousness of God’s Oneness while dwelling among the many nations.

There is an idea within Jewish spirituality that a person can be born with a ‘behina‘, an aspect of another beings soul manifest in their soul. They have certain characteristics and qualities the are a refraction of a previous being. Whether or not this is an objective phenomena according to scientific standards, nonetheless I will put forth the theory that Carl Jung, Sigmund Freud’s greatest student, and one of fathers of psychology, had a behina of the soul of Yitro the high priest. I am even willing to say that Jung himself was a universal priest, for the main reason he broke with Freud, was that Freud’s map of the human psyche could be reduced to survival, sex, and power impulses, while Jung asserted there was a spiritual aspect to human beings, and that to treat a person in their totality required addressing matters of the soul.

He writes in his auto-biography Memories, Dreams, Reflections, of being distressed as he witnessed the affliction humankind living life disconnected from the timeless unity of ‘God’s world’. “People were like the animals and seemed unconscious as they. They looked down upon the ground or up into the tree in order to see what could be put to use, and for what purpose; like animals they herded, paired, and fought, but did not see that they dwelt in a unified cosmos, in Gods world, in an eternity where everything is already born and everything has already died.”

Just as Yitro was a master of the wisdoms of avodah zara, Jung too was a scholar of religions and mystical traditions from around the world. His works are informed by the depths of Christian thought, Greek philosophy, the hidden European alchemic traditions, Chinese alchemy, as well as the mystical teachings of the Kabbalah. He was also a scientist and he used all of these different branches of knowledge in his mission to create a comprehensive and scientific map of the psyche which now known as Jungian psychology. Jungian psychotherapy alleviates psychological ailments through cultivating a process of ‘individuation’ which makes transparent to a person the deeper aspects of their soul in order to live a more authentic life.

In fact, Jung internalized the Jewish teachings of the Kabbalah to the point that he even had visions filled with Kabbalistic imagery during the period of time when he was recovering in a hospital after suffering from a heart attack. He describes in his autobiography ‘Memories, Dreams, Reflections’ the ecstatic nature of lying in his hospital bed, awakening at night, and entering into a visionary state of consciousness:

“During those weeks I lived in a strange rhythm. By day I was usually depressed. I felt weak and wretched, and scarcely dared to stir. Gloomily I thought, “ Now I must go back to this drab world.” Toward evening I would fall asleep, and my sleep would last until about midnight. Then I would come to myself and lie awake for about an hour, but in an utterly transformed state. It was as if I were in an ecstasy. I felt as thought I were floating in space, as though I were safe in the womb of the universe – in a tremendous void, but filled with the highest possible feeling of happiness. “This is eternal bliss,” I thought. “This cannot be described; it is far too wonderful!”

Everything around me seemed enchanted. At this hour of the night the nurse brought me some food she had warmed – for only then was I able to take any, and I ate with appetite. For a time it seemed to me that she was an old Jewish woman, much older than she actually was, and she was preparing ritual kosher dishes for me. When I looked at her, she seemed to have a blue halo around her head. I myself was, so it seemed, in the Pardes Rimonim, the garden of pomegranates, and the wedding of Tiferet with Malchut was taking place. Or else I was Rabbi Shimon ben Yochai, whose wedding in the afterlife was being celebrated. It was the mystic marriage as it appears in the Kabbalistic tradition. I cannot tell you how wonderful it was. I could only think continually, “Now this is the garden of pomegranates! Now this is the marriage of Malchut with Tiferet!” I do not know exactly what part I played in it. At bottom it was I myself: I was the marriage. And my beatitude was that of a blissful wedding.”

Like Yitro, Jung brought the Oneness of God to a universal context through his psychology. He writes in his autobiography: “This expression, ‘God’s world’ may sound sentimental to some ears. For me it did not have this character at all. To ‘God’s world’ belonged everything superhuman- dazzling light, the darkness of the abyss, the cold impassivity of infinite space and time, and the uncanny grotesqueness of the irrational world of chance. ‘God’ for me was everything – and anything but edifying.”

The stories we read of the past are not finished, and maybe even the soul of Yitro the ancient priest of Midian, who recognized the One, can somehow find expression in Carl Jung one the greatest psychologists of the 2oth century.